For the show in 08′  we missed showcasing a huge market in the sneaker culture. CLOTHING!  Well, this time around we made sure to not make that same mistake.  This is the first of many local clothing brands that are participating in the show.  When I called Justin who owns Another Enemy about getting in on the show he was totally down.  Not only that, he was more than willing to throw in some clothing and hats for the raffle.  Make sure to take a close look at some of the things Another Enemy donated for the raffle.  Thanks to Justin and Another Enemy for the donation! 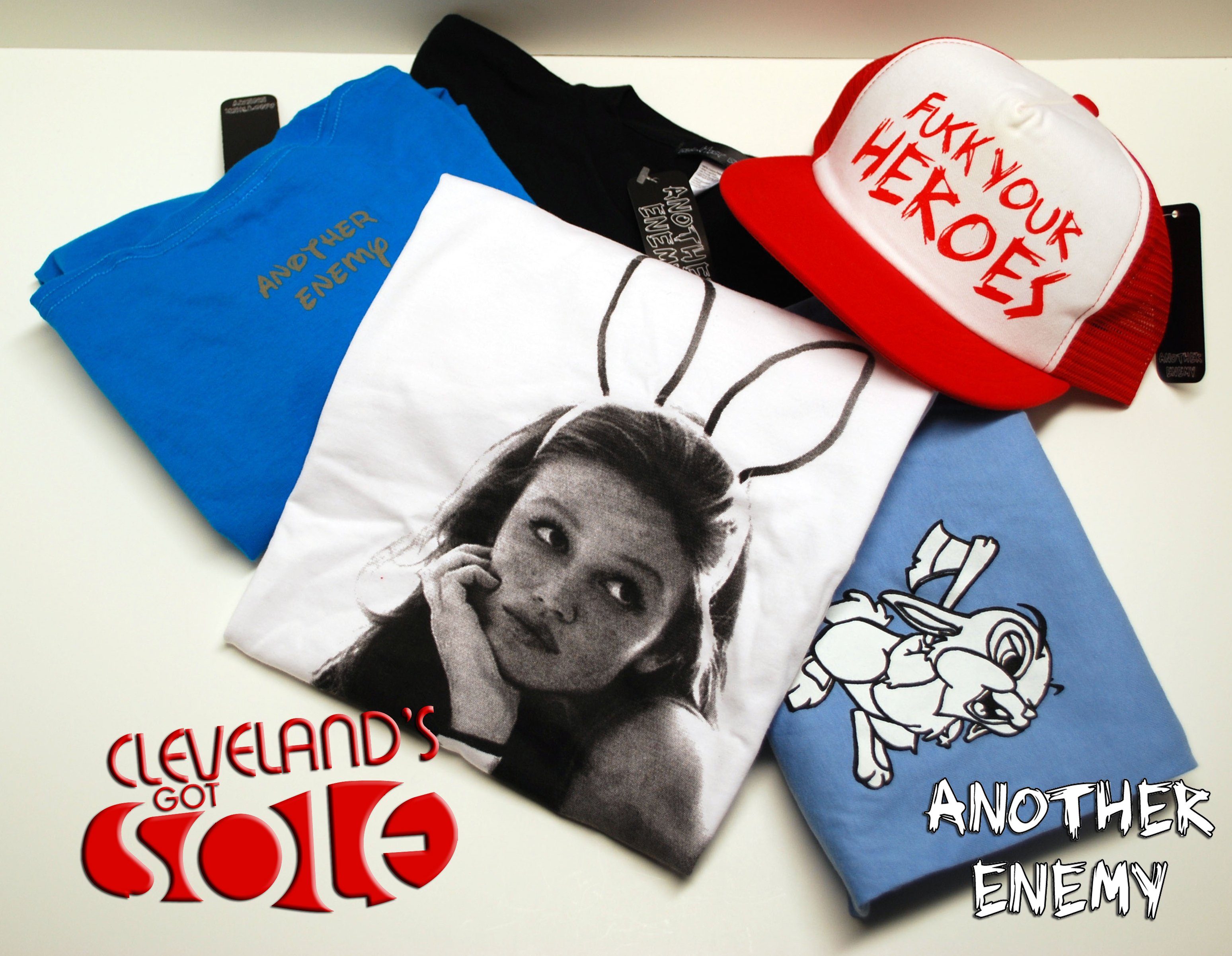 Here is a little more info about Another Enemy….

Another Enemy is mainly inspired and driven by a “sense of different,” simply done to be seen as the exact opposite of what others choose to produce, yet somehow seemingly to fit within the same genre as them. Another Enemy’s main goal is to be subliminal in their message yet over the top at the exact time. Another Enemy draws major influences from the 1980’s Skate and Punk rock dominated times, in addition to their roots in hip-hop culture.